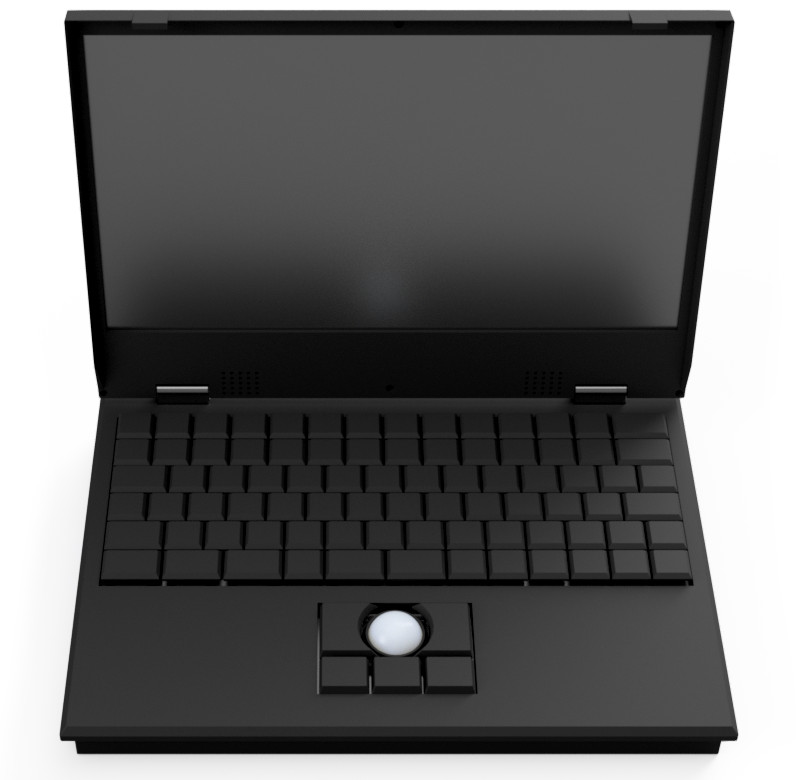 During the last few months, based on feedback from beta customers and our own dog-fooding experiences, Ana and I redesigned almost all parts of MNT Reform, our libre laptop. We are now close to a concept that — we believe — will deliver on the promises of the campaign, in terms of modularity, openness, usability and performance.

We're going to upgrade the default System-on-Chip of Reform to NXP/Freescale i.MX8M. This wasn't an easy decision, but we believe it is the right thing to do: deliver more performance and usability to you, at a better thermal/power envelope than what is possible with the aging i.MX6.

Unfortunately, during the boot process, i.MX8M requires a closed-source firmware for an embedded ARCompact processor in the Synopsys DDR4 PHY. This firmware, which is a few kilobytes in size, is responsible for regulating the physical connection to the DDR chips in the face of changing temperatures. (Update) According to NXP, this so called PHY Utility Block (PUB) does not have access to other blocks or buses in the SoC and needs to be run only once at boot to train the DDR4 connection, which ultimately yields a set of register values that can also be read and written by the main CPU. We are doing experiments to find out if the values can be found once per board and shipped with each PCB so that you wouldn't have to run this firmware yourself. As of December 2019, this is a theoretical approach.

On the bright side, all critically important subsystems of i.MX8M are already supported by free and open source drivers in the mainline Linux kernel, including the more powerful Vivante GC7000 GPU that is supported by the etnaviv driver project. No closed-source software drivers are required to run the system. Moreover, i.MX8M is currently the best documented modern ARM SoC. After creating an account on nxp.com, you can download the 6300 pages strong reference manual and learn about much of the chip's details. And i.MX chips are well-known for their longevity: NXP advertises a production lifetime of at least 10-15 years.

There is an avoidable feature of the i.MX8M that currently requires binary firmware to work, the Cadence "HD Display TX" HDMI controller. It includes an Xtensa-based "uCPU" that apparently controls HDCP, DDC and clocking for HDMI. You don't need to use the HDMI port, though — an alternative is to connect a USB3.0 based HDMI or DisplayPort adapter with DisplayLink technology, for example. (Update) The hardware video decoder (for compressed video streams like H.265) in the chip works without firmware and is supported by open-source drivers, an improvement over i.MX6.

All firmware used in Reform written by MNT — for the keyboard, trackball and battery controller — is of course free and open source.

We are working towards a future where all critical components in your personal computing devices can be free and open source or at least well documented and under the exclusive control of the owner. Reform is designed for the long term, with upgradeability in mind. For example, when an affordable, high-performing RISC-V chip is released, we will design a motherboard version around it that you can swap into an existing Reform chassis. 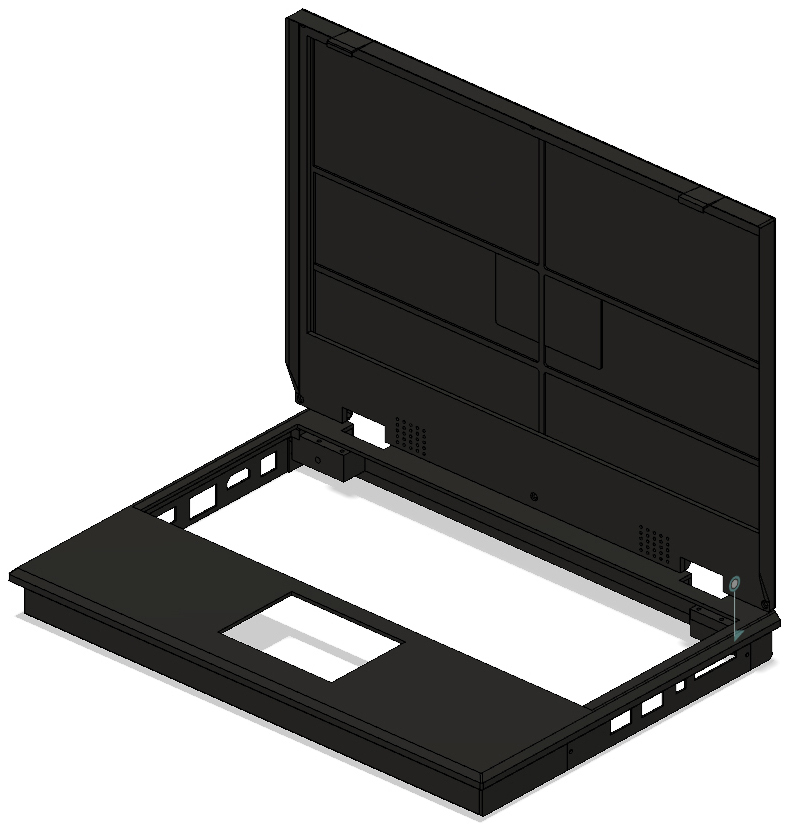 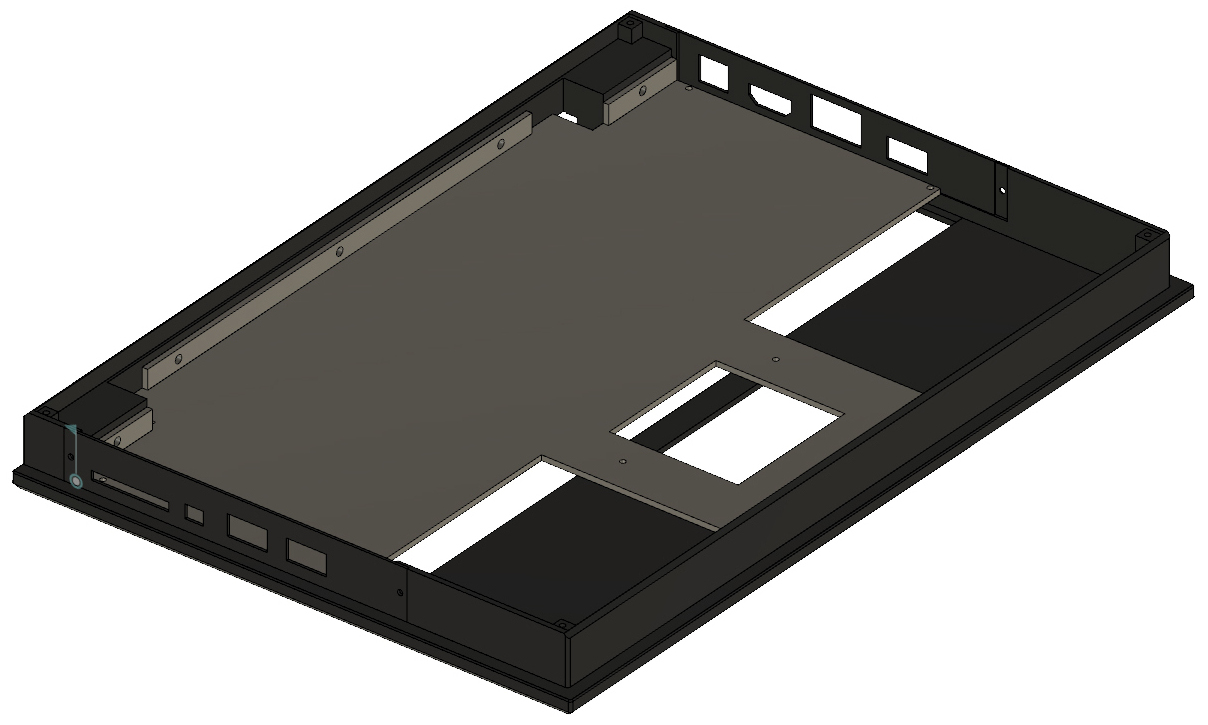 The new Reform case is almost a centimeter thinner. And it is made up of only 5 major parts which are CNC milled or bent/cut from aluminum. This makes the assembly of Reform much easier than before, while providing a more robust body structure at the same time. We will also deliver 3D-printable files of the case parts for those of you who would like to customize them. 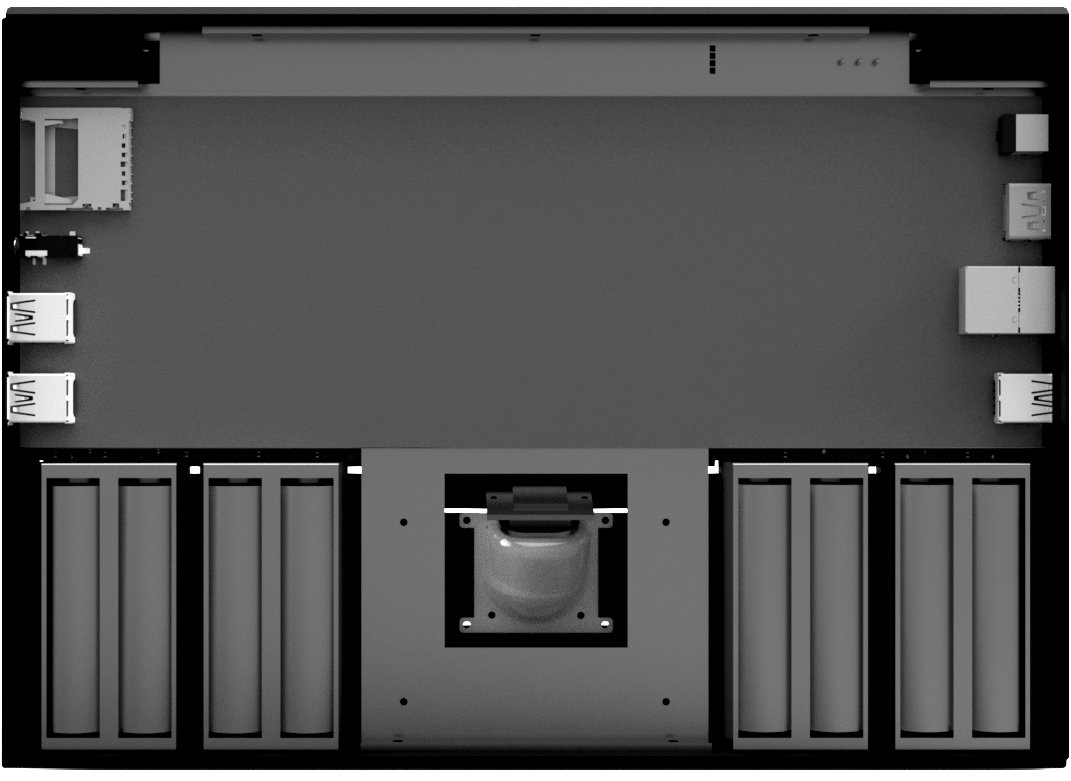 We changed the motherboard layout to reach both the left and right sides of the case, so that we can have ports on both sides. This way, we can also include an SD card slot and more USB ports (which are now USB3.0). To be able to support future or third-party swap-in motherboards, we made the port covers interchangeable cut metal parts. 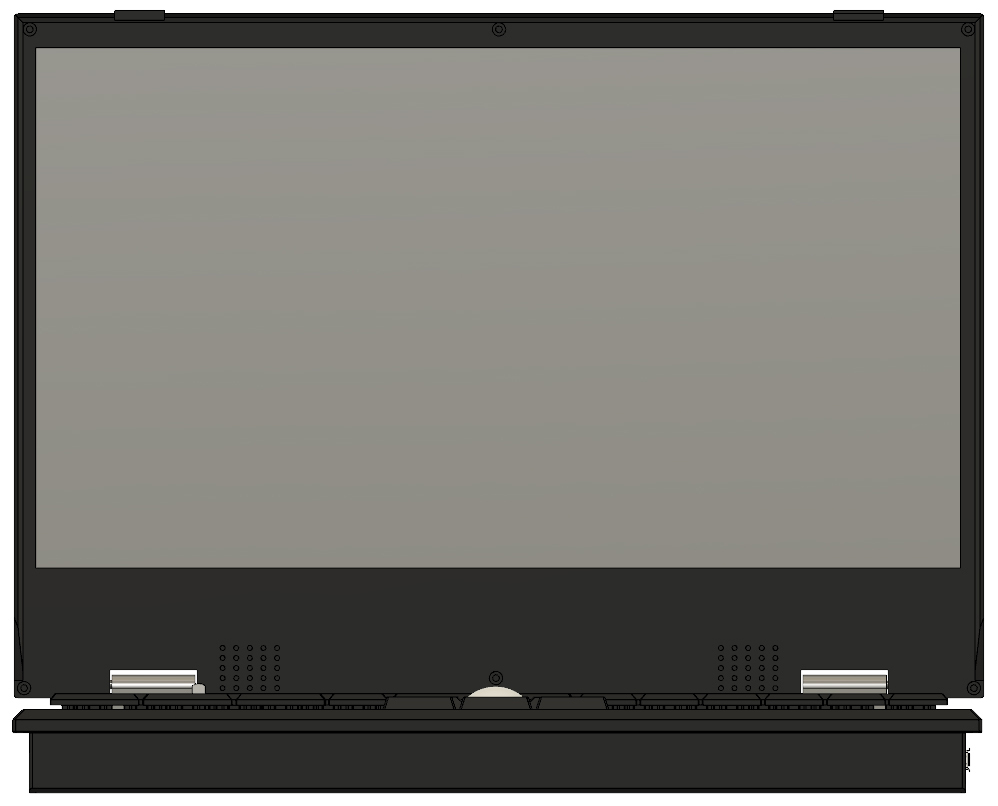 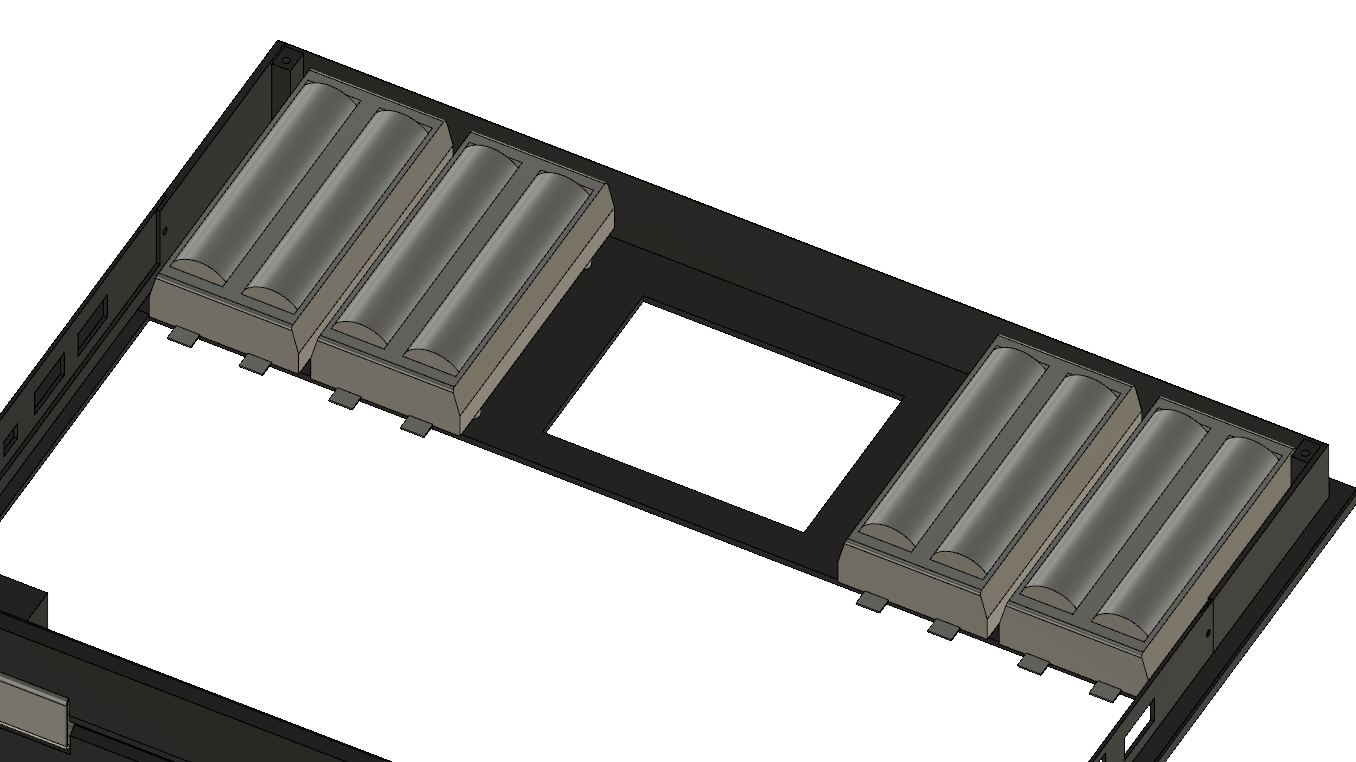 Using the safe LiFePO4 battery chemistry in Reform turned out to be a success, but the pouch cells we used are not easy to source and service for customers. So we decided to go with a slightly more complex, but more reliable and — most importantly — customer serviceable battery system. The new Reform will be powered by 8 LiFePO4 cells in the standard 18650 form factor. Four of these will be connected in series to raise the base voltage to around 12V, eliminating problems with low voltage and high currents. Using individual cells also means you can exchange battery cells on the fly, and you'll be able to buy individual (or bulk) cells from third party vendors. 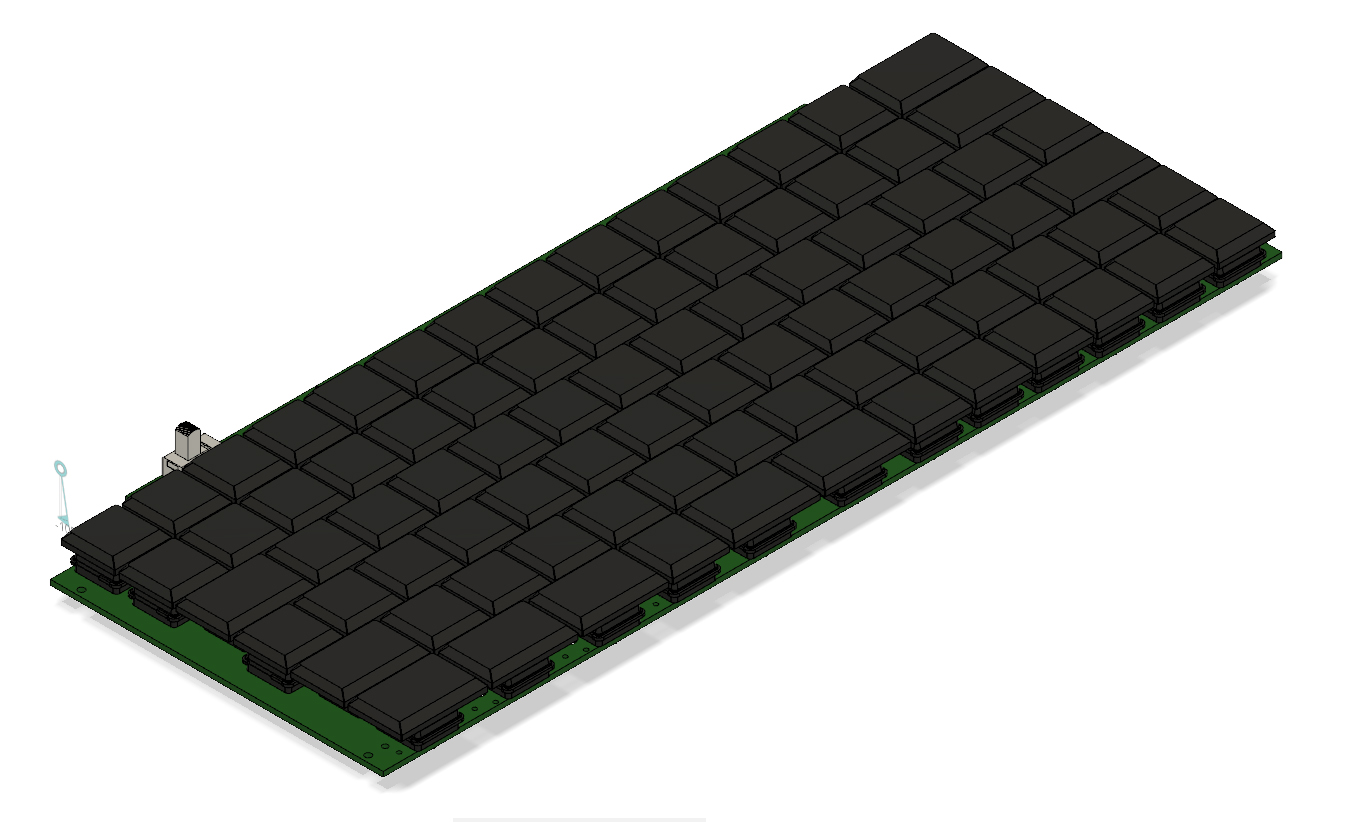 While the mechanical keyboard of Reform 0.4 was a good start, we still wanted to improve the look and feel, as well as the readability and quality of the keycaps. We decided to change from Cherry ML switches to Kailh Choc switches, which cost less, have better haptics and even exist in different tactile/clicky flavors similar to the popular MX switches. To simplify our production workflow, we will not be producing our own keycaps, but source blanks directly from Kailh and have them labelled by a local specialist printing company in Berlin. Responding to user feedback, we also made the layout simpler and more ergonomic. By using only two different key cap sizes, we were able to eliminate the use of stabilizer wires and to achieve a more uniform look. We also moved the keyboard further to the back to allow for a larger palm rest area, and integrated the power switch with the keyboard. 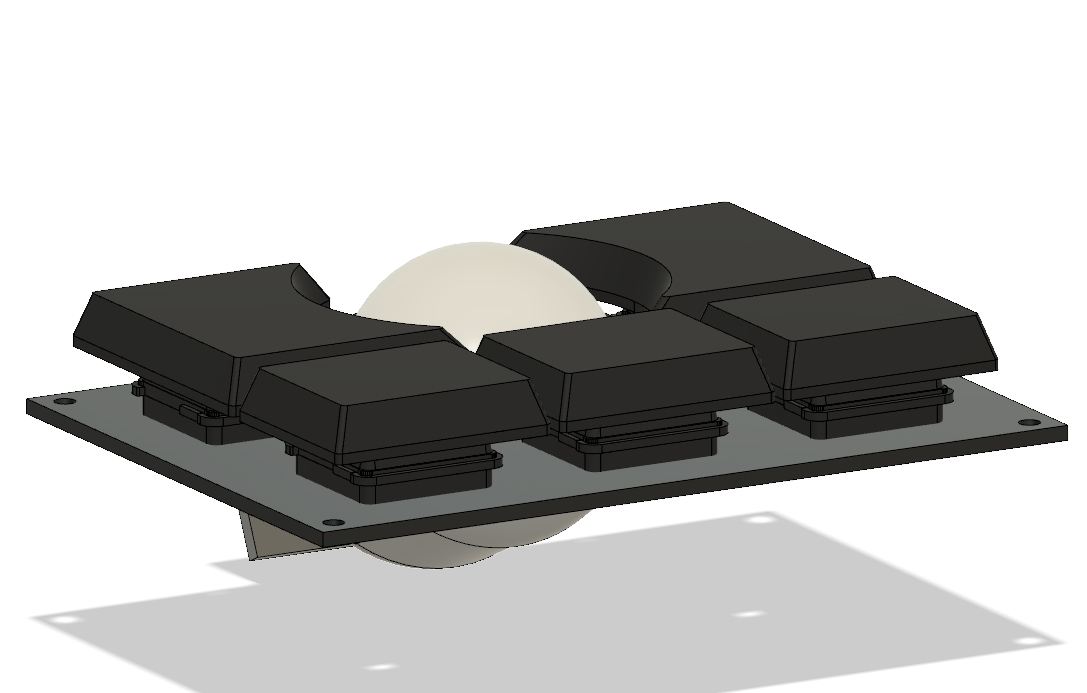 The new Reform trackball is upgraded from two a whopping five buttons, so you don't have to worry anymore about how to do a middle click or use the trackball as a scroll wheel. Of course, because our trackball firmware is open source, you can adjust the button functions to behave exactly as you like. The new mechanical design is also much more robust and the new enclosure improves the smooth travel of the ball. For the ball's motion tracking, we are also evaluating new, thinner laser sensors. And we are working on a capacitive trackpad as an alternative for those of you who prefer it. 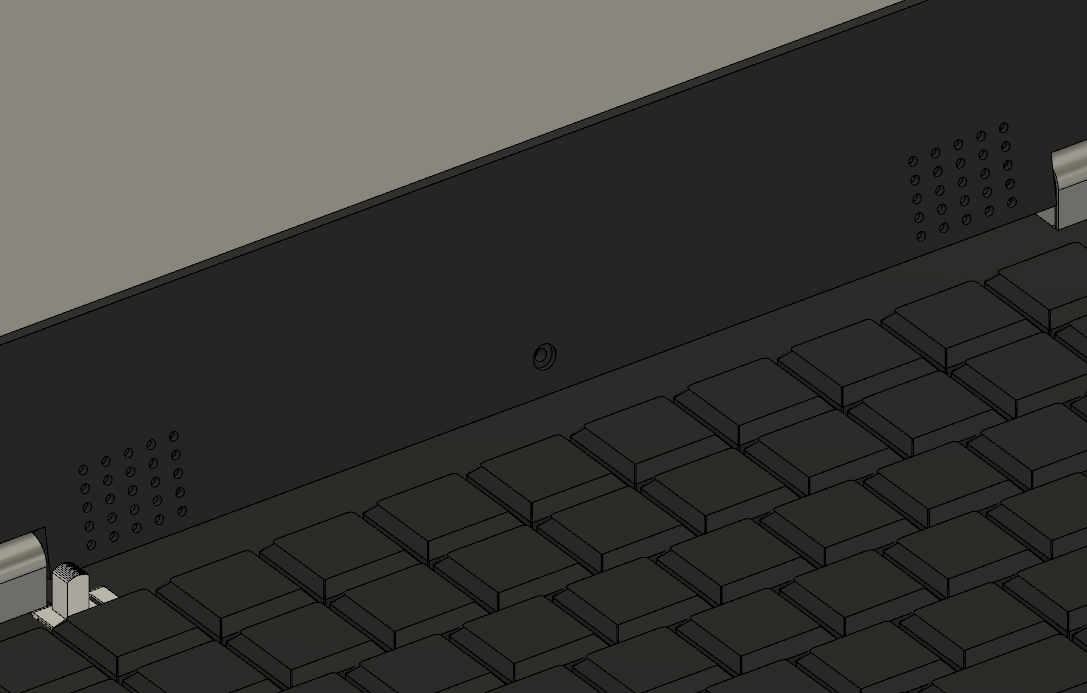 We had some unused space below the screen, and sound makes a computer feel more alive, so Reform will finally get integrated stereo speakers.

Pricing information will be available as soon as the new motherboard schematics are finished, followed by the launch of our crowdfunding campaign on Crowd Supply.

As before, your feedback and ideas are always welcome. Please write to lukas@mntre.com.

To stay in the loop, you can subscribe with your email address on the Crowd Supply campaign page.